Caution: morons in the area 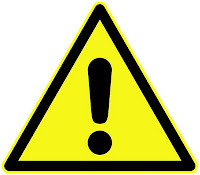 We're not long back from walking the d-o-g in the park. It's been a lovely bright morning here, though some clouds are coming in now. A refreshing change from freezing temperatures and damp, raw days. Doggy enjoyed herself hugely, and with her having such low ground clearance, she covered herself in mud. But it washes off.

So a most pleasant stroll in the park. Well, no. It would have been, had it not been for our encounter (albeit from a distance) with a moron and his family and their very unfortunate dog. The poor animal was being shouted at and given inconsistent and unclear commands that it clearly didn't understand. In a panic and desperate to comply with its master's "instructions", all it seemed to be able to do was make things worse (from the owner's point of view). And was rewarded by being repeatedly struck with its lead. Hubby, who is a big chap and can be quite imposing, soon became fed up watching this incompetent and cruel individual abusing this poor, confused and frightened dog, fed up hearing the terrified creature crying in pain. He shouted out across the field "Oi, knobhead! Stop battering that poor dog at once, otherwise I'll be over there and battering you!" The moron ceased with his assault. "Sign up for some dog training classes instead of punishing your dog for your inadequacies, you cretin," adds Hubby, for good measure.

The moron and his moron family slink off, and it seems (from a distance) that they are mildly embarrassed. Other walkers have noticed the scene, and are looking over to see what/who Hubby is shouting at. I don't suppose they will sign up for dog training classes, or stop battering their poor dog, but maybe we managed to spare the animal a couple of lashes of the lead?

As we walked on, Hubby still seething and I feeling saddened and helpless, I found myself coming to the conclusion that similar scenes of dog abuse are not such unfamiliar sights round these parts. It is not unusual to see a dog owner yanking their pet around like a rag doll on a lead instead of giving it clear commands, or some unfortunate hound cowering beneath its master's raised hand. A sizeable minority of dog owners seem to think that dog training is all about making sure your dog is jolly well scared of you, then it will do as it's told. Whereas dog training is in fact about showing your dog want you want when you give a certain command, and rewarding it generously for compliance. Reinforcing the positives.

And I also reached another conclusion. A somewhat facile conclusion, I admit. The moron was out with his (I presume) wife and two children. And not one of them appeared to say "hey, dad, go easy on the dog". Perhaps one can presume that, in their family, it is accepted practice to lash out violently in response to not achieving what one wants. Dog doesn't understand your commands? Ah, just belt it with its lead. Wife overcooked your steak? Just give her a slap. Kids' school grades not very good? Just smack 'em about a bit.

Rather like the bright blue sky becoming increasingly peppered with clouds, my shiny mood turned a bit dull.
Ramblings by Lis of the North at 1:42 pm

In some ways ignorance can be more upsetting than wilful cruelty. Well done to hubby.

That's kind of pathetic. I guess it was this family's way of "communicating"...

I've been privy to similar scenes. I do think there should be a mandatory class before one's allowed to own an animal. Or have a kid, while we're on the subject.

オテモヤン said...
This comment has been removed by a blog administrator.
2:09 pm

We found a hunting dog on the road one wet winter's day, took it home, fed, cleaned and dried it and telephoned all the local mairies to report it. Days passed, no one came, and the little bitch became happy and affectionate.

Then the owner appeared. Someone had seen the dog at our place and he had come to collect her. there was no doubt she was his...she cowered under the table, ears back and terrified.

I had to let him take her but have regretted not refusing to do so ever after.

The trouble is in France that while the SPA exists, the back up it will give is pretty non existant in these parts.

The family you describe were dreadful...shouldn't have kids, let alone dogs.

Hi all, thanks for stopping by :) fly, that's a sad story. It's true about the SPA too. I am very wary of them as they put healthy animals to sleep when they don't managed to rehome them. I know, funds are scarce, but other charities succeed in being no-kill...